More on photographs: a few that got away 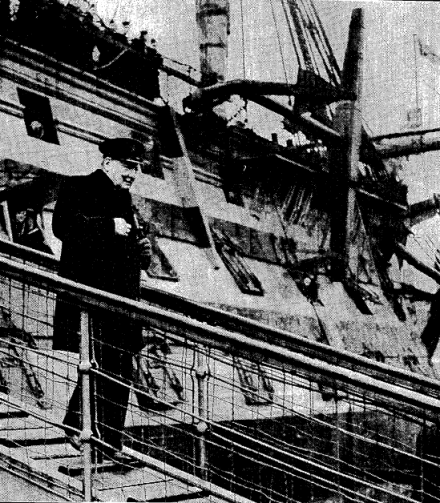 One of the frustrations I encountered was being unable to determine the copyright holder for several of the images I wanted to include in the book. This meant, of course, that they had to be left out of Churchill and Sea Power.

I haven’t completely given up on them, however. As I mentioned before, I hope one day to produce a heavily-illustrated history of Churchill’s relationship with the Royal Navy, and some of these images may eventually find a home there. So, in the interest of figuring out who owns the copyright, I thought I would put them up on the blog and see if anyone could help out. Of course, I may get an angry email demanding I take the image down – but at least then I will know who owns it!

The photo I’m most interested in shows Churchill walking down the gangplank of HMS Victory during a visit to Portsmouth dockyard in 1941. It’s absolutely ideal for my purposes: there are many photos to connect Churchill and the Royal Navy during the twentieth century, but it’s hard to imagine a single image that could more effectively link him to Britain’s long and glorious naval past.

I ran across this one thanks -- as is so often the case -- to Google, which found it on the Nelson and his World website (http://www.nelsonandhisworld.co.uk/). Mark Barrett, who had posted it, kindly informed me that it had come from a contemporary report in The Times. Unfortunately, the digital version of the newspaper had only a crude scan of the image. And even if I were able to track down a hard copy of the original paper, it seems unlikely that the quality would be good enough to reproduce.

Churchill’s visit to the dockyard was well documented, and I discovered a contemporary newsreel that showed the same scene (http://www.britishpathe.com/video/mr-churchill-in-the-south). There were a few stills from the film that might have worked in the book, but none quite as good (from a composition perspective) as the photo from The Times – and the price for reproducing one of these would have been prohibitive. The Times’ archives do not have a copy of the original photo, so I can only hope that some other press archive does.

Another image that I really liked showed Churchill standing alongside Lord Louis Mountbatten at the Casablanca Conference in 1943, which the latter attended in his capacity as Director of Combined Operations. Mountbatten was elevated a short while later to Supreme Allied Commander, South East Asia. He makes several appearances in the text, and I thought it would be nice to have a photograph of him with Churchill.

This particular image appeared on a private Flickr page, and I would guess that it had been scanned out of a book. I located another photograph of the two men (taken at the same time) on the Imperial War Museum’s website, but I don’t think it’s nearly as good as the other one.

Finally, there’s a photograph of Churchill with Admiral of the Fleet Sir Roger Keyes taken in 1941 when Keyes was Director of Combined Operations. The two men were watching a commando training exercise, which made it a good fit for the book. And since Keyes had been involved in (among other things) the attempt to force the Dardanelles in 1915, I wanted to include his photo somewhere.

This image had been used on the cover of the book Churchill and the Admirals, which attributed it to the Imperial War Museum. Unfortunately, my searches on their website produced no results. Maybe it’s buried somewhere in their collection and will eventually turn up, but it also seems possible that it originated somewhere else.

As a side note, I should mention that Churchill and Keyes were filmed together during another training exercise in 1941, and some of the still images might have worked nicely – but, again, they were simply too pricey. 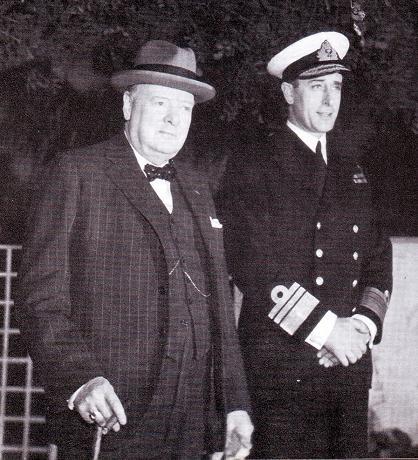 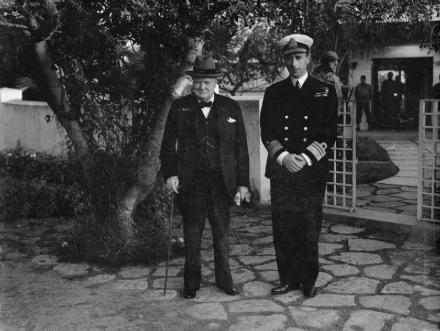 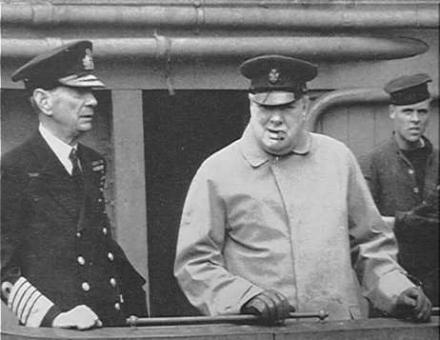