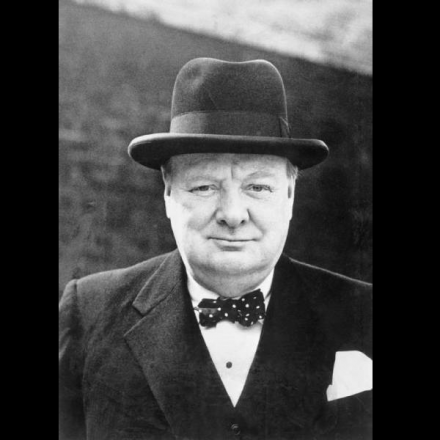 The marketing department had many ideas on how to promote the book, and asked if I’d be interested in writing a short piece for the Oxford University Press blog. They didn’t want something explicitly promotional, although the idea was clearly to write something that would tie in with the subject of the book. I had spent a lot of time recently writing proposals for my next major research project, and one of the themes that I found myself addressing, from a variety of angles, was what might be called the “Churchill Legend”. There are a lot of books being produced about Churchill these days, many of which we could probably live without. But public interest in Churchill seems to be as strong as ever. For better or worse, love him or hate him, Churchill occupies a place in our historical consciousness that few others can match. Having just written one book about Churchill, and preparing to start on another, I was conscious that some of my academic colleagues would question the wisdom of devoting so much attention to a single historical figure, especially one as heavily exposed as Churchill. Or would they just think that I was pandering? Either way, it was worth reflecting on. Will feeding the public’s voracious appetite for Churchill only warp how we collectively remember the past? Do I have a responsibility as an historian to fight against the prevailing trend?

It seems to me that a strong case can be made that Churchill remains an important and worthwhile topic for historians. The subject is far from exhausted. Indeed, it may require a veritable army of historians just to sort through all the mistakes made by earlier generations. Moreover, the sheer volume of interest in Churchill, the growth of the “Churchill Legend”, and all the myth-making that goes with it, have opened up fascinating new avenues for investigation. Some historians – John Ramsden and David Reynolds most notably – have already taken up this challenge. But a great deal still needs to be done.

In any event, that was the thought process that led to my contribution to the Oxford University Press blog, which can be viewed here: http://blog.oup.com/2012/12/winston-churchill-familiar-face/.