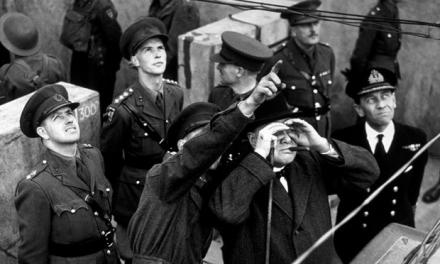 A forgotten manuscript by Winston Churchill about the possibility of life on other planets is making the news today. The ideas expressed by Churchill in this essay are certainly insightful and noteworthy, but they shouldn’t come as a surprise. They were published in 1942.

The eleven-page draft article, entitled “Are We Alone in the Universe”, was unearthed by Timothy Riley, director of the US National Churchill Museum at Westminster College in Missouri, in one of the Museum’s collections. It was subsequently brought to the attention of Dr Mario Livio, an astrophysicist, who has written about it in the latest issue of Nature: Winston Churchill’s essay on alien life found

Dr Livio’s article states that “To the best of Riley's knowledge, the essay … has never been published or subjected to scientific or academic scrutiny. Imagine my thrill that I may be the first scientist to examine this essay.”

Dr Livio is only partially correct. According to press accounts, the draft article, “probably intended for a newspaper, was updated in the 1950s but never published.” As I read the description of the article’s contents, however, my first thought was that this sounded a lot like an article Churchill had published during the Second World War. That piece, entitled “Are there Men in the Moon?”, appeared in the Sunday Dispatch on 8 March 1942. It was subsequently reprinted in The Collected Essays of Winston Churchill (Library of Imperial History, 1974), vol. IV, pp. 493-8.

Is this the same essay? The contents certainly sounded familiar. An article on the BBC website cited the following passage from the newly-found article:

"I for one, am not so immensely impressed by the success we are making of our civilisation here that I am prepared to think we are the only spot in this immense universe which contains living, thinking creatures, or that we are the highest type of mental and physical development which has ever appeared in the vast compass of space and time."

I pulled my copy of The Collected Essays off the shelf and found that this is identical to the final lines of “Are there Men in the Moon”. My first thought was that the Fulton manuscript was simply a typescript copy of the published article, with a different title. It was not at all uncommon for newspaper editors to change the title of the submissions they received. Then I noticed that a report in The Guardian had a photograph of the Fulton manuscript, in which the text of the first page could clearly be read. (Churchill essay on the possibility of alien life discovered in US college)

The first line seemed to confirm my suspicions. “Does life exist elsewhere in the Universe?” it read “– indeed a fascinating question.” Again, this is identical to the opening sentence in the published article. But I was surprised to see the rest of the page is different. So what is to be made of this new find?

Since I do not have access to the full text of the new article, I can only speculate. But it appears to me that the unpublished Fulton essay was likely a first or early draft of the published article, possibly by a ghostwriter, which Churchill had sent to his agent, Emery Reves. Reves may even have offered it for sale, unsuccessfully. My guess is that the article was subsequently reworked, possibly by Churchill himself, and published in 1942 in a slightly different form.

Dr Livio may therefore be the first scientist since the Second World War to read this version of the article, which does appear to have unpublished sections in it, but Churchill’s thoughts on the subject of extra-terrestrial life have been in the public domain a long time now.

A bit more digging confirms my suspicions. It appears that the article in question is a draft of the one published in 1942.

Contrary to press reports, this draft has also been available for quite some time in the Churchill papers at the Churchill College Archives Centre in Cambridge. The version there is nearly-identical to the copy found in Fulton, meaning it has been available to researchers for decades, and for several years now open to anyone at a library with a subscription to the digital Churchill Archive.

And I see I am not the only one to spot this error. Kevin Ruane also notes on his blog that these views by Churchill should come as no surprise: https://blogs.canterbury.ac.uk/expertcomment/winston-churchill-the-x-fil...

Finally, I should add that none of this is intended to take away from the content of Dr Livio’s insightful analysis of the contents of Churchill’s article, which deserves to be more widely known.

My conclusions have been confirmed by Richard Langworth, who has just posted the text of Churchill’s 1942 article on the Hillsdale College website: https://winstonchurchill.hillsdale.edu/men-moon-churchill-alien-life-1942/

I still have to wonder, though, whether the media would be paying so much attention to this story if not for the mistaken belief that Churchill’s views on the possibility of life elsewhere in the universe came from a “long lost” article.