Revisionism and the Fisher Era II – The “Syndicate of Discontent” 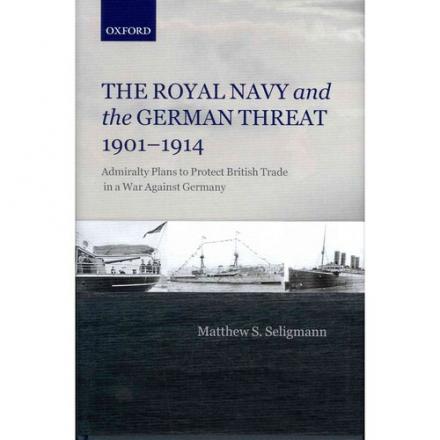 Admiral Jacky Fisher, who was notoriously intolerant of criticism, referred to his most outspoken opponents within the Royal Navy as the “Syndicate of Discontent’. I’ve always thought this had a nice ring to it, and find myself tempted to use this label for the new wave of “post-Revisionist” historians working on the Fisher era.

The first work I recall taking on one of the ‘Revisionists’ was John Brooks’ Dreadnought Gunnery and the Battle of Jutland , published in 2005. Brooks called into question some of the core arguments in Jon Sumida’s influential volume, In Defense of Naval Supremacy. Although the subject of fire control can be very technical, Brooks’ arguments seemed persuasive to me and many others. Sumida, however, was no fan. He savaged the book in a ‘review essay’ for the Journal of Military History. Brooks published a dignified rejoinder to the same journal, and I thought he dealt very effectively with Sumida’s polemic. He is clearly a serious and credible scholar, and his book deserves to be taken seriously.

A few years later, Matthew Seligmann published two articles in the International History Review that challenged other aspects of the revisionists’ interpretation of the Fisher era, specifically relating to the origins of the ‘battle cruiser’ and early perceptions of the German threat. Since then, Seligmann has published more articles casting doubt on other aspects of the Revisionists’ work. In each case, I was impressed by his knowledge of the archives, the force of his arguments, and his willingness to challenge accepted views.

Last year he published an outstanding new book: The Royal Navy and the German Threat 1901-1914: Admiralty Plans to Protect British Trade in a War against Germany (Oxford: Oxford University Press, 2012).

In reviewing the volume for an academic journal, I concluded that it was “essential reading” for anyone interested in the history of the Royal Navy in this period. According to conventional wisdom, the British navy entered the First World War obsessed with the threat posed by Germany’s fleet of modern battleships. Its leaders were supposedly so preoccupied with the pursuit of a decisive, Trafalgar-like battle that they failed to think seriously about the defence of seaborne trade against German commerce raiders. The result, we’ve been told, was the inconclusive Battle of Jutland in 1916 and the near-victory of the German U-boats the following year.

Revisionist historians, on the other hand, claim that the Royal Navy did give serious thought to trade defence, but that this was directed against a perceived threat from the armoured cruisers of France and Russia. Both schools of thought agree, however, that naval leaders were not particularly concerned before the war about a German challenge to British trade.

Seligmann takes on – and demolishes -- both interpretations. He meticulously pieces together the archival evidence showing that the navy did not ignore the problem of trade defence: it was just looking in the wrong direction. The Admiralty was too quick to dismiss the idea that the Germans would use submarines to attack British commerce, but for over a decade before 1914 it was seriously alarmed by the possibility that Germany would arm its fast civilian liners to prey on British commerce.

Most of the book is devoted to British efforts to develop counter-measures. At first, naval leaders were drawn to the idea of arming Britain’s own fast merchant ships. To this end, subsidies were provided for the construction of two very fast liners Lusitania and Mauritania), which would be suitable for conversion to armed merchant cruisers in wartime. Naval opinion later swung round to the idea of using warships to counter German armed merchant cruisers. In a chapter dedicated to the origins of HMS Invincible, Seligmann shows that Admiral Sir John Fisher and his supporters developed the new ‘battle cruiser’ class of warship specifically with this threat in mind. This conclusion is directly at odds with the revisionist interpretation of the battle cruiser’s origins popularised by Sumida, but the evidence Seligmann deploys is formidable and persuasive.

This is probably not the place to consider this book’s devastating implications for the ‘Revisionist’ interpretation of British naval policy during the Fisher era, although they are considerable. And if Jon Sumida’s rather unpleasant review of the volume is any indication, the revisionists are beginning to realise they are in trouble. It appears that the field should continue to be lively and controversial for some time.

My prediction about further controversy was right on the money. An excellent new article just posted online by the International History Review: David Gethin Morgan-Owen, 'History is a Record of Exploded Ideas’: Sir John Fisher and Home Defence, 1904–10.

This article addresses how the Royal Navy intended to defend the British Isles from invasion before the First World War. Revisionist historians have recently suggested that during his first tenure as First Sea Lord, 1904–10, Sir John Fisher conceived and implemented a radical new home-defence strategy. Fisher' ‘flotilla defence’ system assigned a hitherto unprecedented importance to flotilla craft. This was apparently a marked departure from previous practice, which had been to rely upon armoured warships to deter invasion. These claims are not supported by the evidence and have failed to appreciate that flotilla craft had historically formed the foundation of the naval defence of the British Isles. War Plans drafted in early 1909 confirm that before leaving office Fisher remained committed to the blockade of enemy naval forces and that he identified blockade as key to the security of the British Isles.